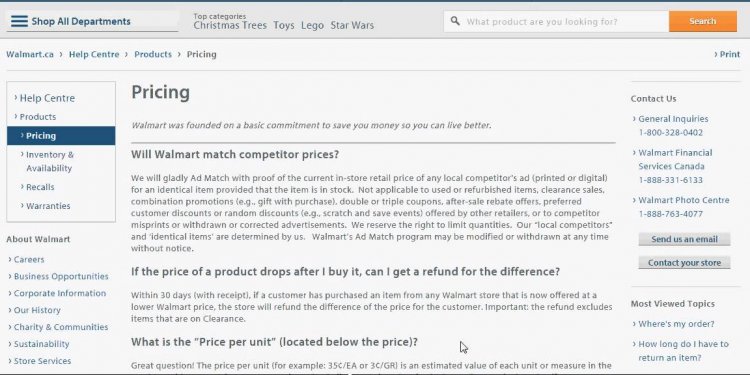 Walmart has actually posted the circular for this pre-Black Friday purchase, which you are able to get a hold of here. (Click the "Pre-Black Friday" key in the bottom directly to weight an ad for your local shop.) Since it turns out, the retailer has undoubtedly zeroed in on Target's doorbuster TV bargain, providing a 40" LCD HDTV for $115, or $4 under Target's Ebony Friday advertising. No brand name is mentioned, although we're relatively certain that it's going to similarly be from an off-brand manufacturer like Element. Walmart in addition does not note the quality; Target's deal have a 1080p display, and there is a chance that Walmart's may be just 720p. If you are thinking about this early offer, pay attention to this spec.

Additionally of note, Walmart will release its PlayStation 4 offer, which includes a $50 present card, early. If you're perhaps not thinking about the bundled video gaming in other discounts, then this will be probably the better offer available. (discover all of the top video gaming advertisements right here.) Walmart can also be knocking two unspecified LG and Sony 60" Smart TVs to $648, which can be $78 under our forecast for a name-brand set of this size. But keep in mind that Walmart it self will even offer a larger 65" Vizio for the same cost next week.

These discounts will likely be valid starting the next day in-store only and will, theoretically, run-through November 27. (We're skeptical your 40" TV lasts that lengthy though.)

Walmart revealed these days that it'll once more offer a "Pre-Black Friday Event" in which it will probably match the costs of numerous products present competitor adverts. Just last year, the plan felt much more marketing and advertising than real value, but it may be a far more significant event in 2014.

Just last year, Walmart supplied no details at all in what products this "early price matching" event included; a consumer had to go to the store to learn what was eligible, which led us to trust it possibly did not entail the greater amount of noteworthy deals from competition ads.

However, these times, Walmart offered us some tips in what are included, and shop will announce the precise products and prices tomorrow on Walmart.com, becoming bought starting on Friday, November 21. It is confusing in the event that rates is only going to be launched internet based, or if perhaps they'll be open to buy on line, but we believe it could require an in-store go to.

What truly made united states do a double need however is the fact that these very early cost matched discounts will apparently add a 40" Light-emitting Diode HDTV, 60" TVs from LG and Sony, and a PlayStation 4. Those descriptions undoubtedly lack adequate detail to be sure which advertisements these are generally competing with, but there's reason to hope they might match some notable provides we have currently seen off their stores.

Furthermore, hhgregg offers an LG 60" plasma television for $488, which blows away our forecast for 60" plasmas by $71 and helps it be the least expensive 60" 1080p plasma we've ever seen. Could Walmart be matching this bargain also? (As far as the 60" Sony goes, we didn't see any ads to date that knocked such a TV to an especially significant price, therefore we're less excited about that.)

As for that PlayStation 4 package, Walmart currently revealed that it'll sell the console for $399 with a $50 present card, which we actually believed ended up being one of the best provides for the PS4 that we've seen to date. Various other stores are bundling the console for the same price with new video games, so we suppose Walmart might go that course as an alternative with this pre-event. If so, you might want to wait for the present card bargain, if the games never hit your fancy.

Details Will Emerge on Thursday

We will know without a doubt just what Walmart is cost matching beginning tomorrow, and deals is going to be available to buy on Friday. The selection of products will also add a Canon cordless printer, Keurig K-40 device, KitchenAid stand mixer, plus some LEGO units.