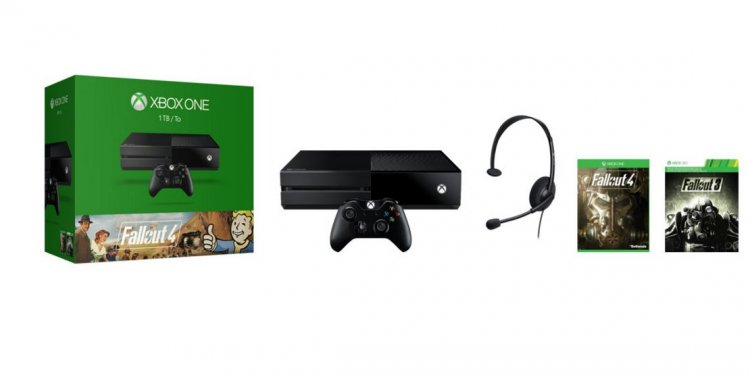 Microsoft is planning on making quite a big impact on this year's Black Friday, offering bargains that range from Xbox One bundles to Surface products and computers. ( Mike Mozart | Flickr )

Microsoft gets in on the Black Friday spirit, offering a ton of deals this holiday season. The massive list consists of marked-down products, ranging from Xbox One bundles and partner deals for computers to Microsoft Store deals, which include the Surface lineup.

First off, what this entails is that all Xbox One bundles will be shedding $50 off, setting the lowest price at $299. This means that a current-gen console with an impressive roster of much anticipated titles is now much more affordable.

The bundles priced at $299 are the Xbox One Gears of War: Ultimate Edition Bundle, The Lego Movie Videogame Bundle and the Special Edition Gears of War Bundle.

Bundles priced at $449 are the Xbox One Limited Edition Halo 5: Guardians Bundle and Elite Bundle.

The Xbox One bundles will start to roll out on Thanksgiving, from Nov. 26, Thursday, to Nov. 30, Monday.

Moving forward to the digital game deals, fans can sign up for one month of Xbox Live Gold membership through their Xbox One or Xbox 360 consoles for $1 starting from Nov. 20 to Nov. 30. This is connected to the Xbox Live Gold-exclusive deals running from Nov. 20 to Nov. 23, where members get early access to game deals that range from 40 percent to 60 percent off with an additional 10 percent just for being a member. The deals will be available to everyone on Nov. 24, and even more new deals will be coming on Nov. 27.